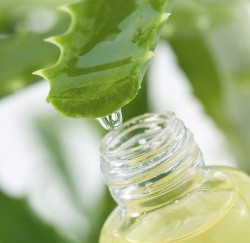 Did you know that in the 6th century BC, Egyptians used herbs to treat illnesses, including the treatment of skin diseases. The “Ebers Papyrus”, found in the late 18th century, makes references to a very familiar plant, aloe. The Egyptians used Aloe to treat burns and ulcers, and even for embalming. Nowadays, aloe is widely used in folk and scientific medicine. For example, in traditional medicine, fresh aloe juice can help to ease gastritis. Aloe is widely used for skin health. Acne, inflammation and irritation of the face, as well as oily skin, can be assisted by a lotion rubdown and aloe juice.

Whoops, you're not connected to MailChimp. You need to enter a valid MailChimp API key.